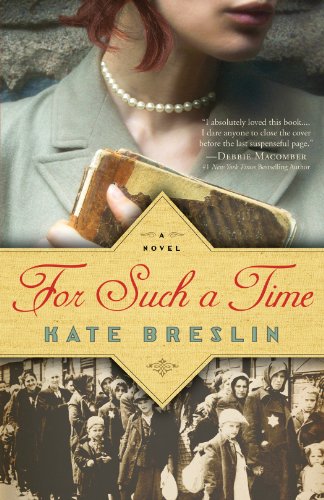 My Literary Ladies group read For Such a Time last month and we all thoroughly enjoyed it. It is a retelling of the story of Esther, but set in a Concentration Camp in WWII. When I first read about it I was puzzled and just wanted to know how she would pull it off -- but she does!  We went on to read Far Side of the Sea, which takes place during WWI (and isn't based on any particular Scripture story). We didn't realize it was a sequel to Not By Sight, another of Kate Breslin's books. I went back and read Not By Sight and it was also quite good, though I think Far Side of the Sea is a much better story -- with lots of intrigue, twists and turns. Kate Breslin received the best newcomer award for, I think it was Christian Fiction Writers' Association the same year that Francine Rivers won the lifetime achievement award.

Views: 333
E-mail me when people leave their comments –
Follow

This reply was deleted.